Dreams of the Future

This program is also performed on Friday, May 19 at South Suburban Christian Church

Pre-concert talk at 6:45 p.m. with Maestro Hughes and Jonathan Bingham 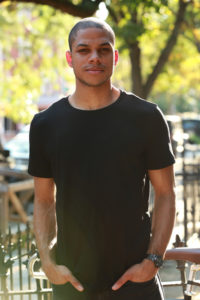 Composer Jonathan Bingham is a native of Southampton, New Jersey. He began his composition studies in 2009 under Anthony Randolph at Howard University. Additionally, he studied at the Siena Summer Music Festival in Siena, Italy, where several of his chamber works received their premieres, and at the Chamber Music Institute at the University of Nebraska-Lincoln.

In 2014, he relocated to New York City and began his graduate studies at New York University’s Steinhardt School under the tutelage of Justin Dello Joio. While there, he composed several works including his String Quartet No. 1 for the JACK Quartet, his (Untitled) for the NYU Contemporary Ensemble and his Episode for Orchestra, which went on to win the Vincent C. LaGuardia, Jr. Composition Competition.

In addition to his contributions to the concert hall, Mr. Bingham composed the score to the film Happenstance by director Jeanette Sears, provided string music for the hip hop song American Dream by recording artist Scuzz Ortegé and orchestrated for rapper Thee Phantom’s The Entertainer, which received a Carnegie Hall debut. He currently resides and continues to compose in New York.

Hector Berlioz: Hungarian March, from The Damnation of Faust

Players from the Civic Youth Orchestra will perform side-by-side with the Arapahoe Philharmonic for this selection.

Have you ever wondered what could possibly turn the tide of unrequited love? History tells us you need only compose a raucous, groundbreaking symphony for your object of affection. One of the most celebrated pieces of program music in the romantic repertoire, Symphonie Fantastique follows the story of a tortured artist who, after being spurned by his own romantic interest, poisons himself with opium. The final two movements depict his subsequent hallucinations involving a guillotine, rabid dogs, dancing skeletons and a witch’s sabboth in the fires of hell. Creepy, you say? Well, it worked for Berlioz. And once you experience this psychedelic adventure, you’ll see why.

Jonathan Bingham, our new composer in residence, delights us with a touch of modern, deftly blended with the familiar overtones of a western fanfare. The inspiration for this piece was no specific concept, but rather the composer’s admiration of the work of Justin Dello Joio, another world-renown New York composer that passed away in 2013. The impetus also springs from an adherence to the construction of synthetic scales, specifically a D major scale with an added C natural. For those of us fascinated with the creative process of composition, Mr. Bingham likes to compose directly into Sibelius (a music composition software program) while simultaneously in front of a piano to ensure the clarity of his harmonies. At once different and thrilling in its orchestration prowess and sheer force of impact, you will not want to miss the premiere piece of our newest up-and-coming composer.

The Arapahoe Philharmonic is grateful to the Collage Giving Fund for sponsoring the Vincent C. LaGuardia, Jr. Composition Competition.

This concert is sponsored by Zócalo Community Development.

Learn about the compositions

Learn about the composers