Pre-concert talk with Maestro Devin Patrick Hughes at 6:45 p.m.
Classic Children’s Corner at 7:10 p.m. for kids of all ages.

Brahms Piano Concerto No. 1
The Arapahoe Philharmonic welcomes Juilliard-trained pianist Jamie Shaak back to the stage for this rousing masterpiece! Providing the other slice of bread in our little Brahms sandwich, this towering achievement sat at Brahms’ desk at roughly at the same time as his first symphony (though which of his works didn’t?). It was actually Robert Schumann who, after being introduced to the man’s music, offered him lavish and unabashed praise, giving him the courage to turn it into a symphonic work. That courage was short-lived, though – again, ever in the perceived shadow of Beethoven, he chickened out and re-organized the music into a Sonata for Two Pianos. Over time, it slowly transformed back into a symphonic work as a concerto. Aren’t we glad Brahms finally got over himself? I know Jamie is.

The Rite of Spring
This work was so revolutionary at the time that it caused quite a stir in the audience during the premiere. However, nobody can really agree on what actually took place. While the dissonant polychords and the depiction of primitive pagan society on stage absolutely generated some protestant noise, some witnesses went so far as to claim that blows were exchanged. Others claim objects were thrown, duels were challenged and accepted and that an all-out riot broke out, complete with a raging fire. In any event, watching a young virgin dance herself to death with a terrifying, visceral accompaniment was enough to upset Stravinsky’s audience…and that was precisely his intent. It is an incredible experience to witness this music live, but be warned…this piece is not for the faint of heart. 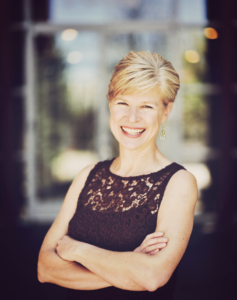 Miss Shaak has performed at the Kennedy Center in Washington D.C. and as Vladimir Horowitz Scholarship recipient from The Juilliard School, she performed twice at Lincoln Center in New York City. In Asia, while teaching at Payap University in Chiang Mai, Thailand, she toured as a Musical Ambassador with the United States Information Service through Asia and India.

In addition to her successful concert career, Ms. Shaak has recorded two compact disks: The Romance of Spain, released on the Cadenza Classics label, and The Sun is Love, available on the Proteus label. The Sun is Love is a collaboration with the composer Gwyneth Walker and soprano Michelle Areyzaga.

Learn about the compositions

Learn about the composers