Devin talks about “Night at the Movies” 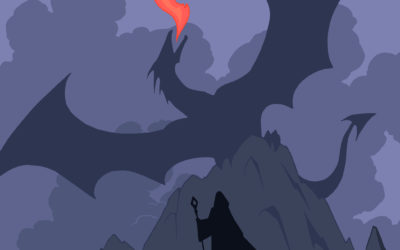 The Arapahoe Philharmonic is bringing music from the big screen to the stage once again for Night at the Movies! This year Conductor Devin Patrick Hughes is leading selections from films like The Wizard of Oz, How to Train Your Dragon and of course, John Williams’ Harry Potter and the Sorcerer’s Stone. Also featured on the program is the alluring Violin Concerto from Austrian composer Erich Korngold, which will showcase violinist (and Boulder Philharmonic concertmaster) Charles Wetherbee as the soloist. This is one you won’t want to miss!

So why these film scores? What ties all of these compositions together on a single concert? This program shows the evolution of the influence of classical music on movie music. Devin explains:

“Composer Erich Korngold, a Jewish composer born in 1897 in Vienna and the son of music critic Julius Korngold, is considered one of the founders of film music. He was a serious composer…he was like a modern Mozart, a child prodigy. He was writing string quartets, he wrote a full-length opera when he was 20 called Die tote Stadt (The Dead City). He met a man named Max Reinhardt who was a director and producer who invited him to Hollywood to arrange incidental music for Mendelssohn’s A Midsummer Night’s Dream. There was a movie called The Adventures of Robin Hood, and Korngold said, ‘I’m a serious composer. I am a man of emotions and passions, I’m not going to write for some swashbuckling Robin Hood characters.’ Then in 1938, Hitler took over Vienna and Germany and it did not look good for people who did not act, think or talk like the Nazis. Korngold rethought the opportunity, stating ‘What do you need from me Warner Brothers? I am here to be your composer.’ In those 10 years he composed music for around 16 films (from around 1935 to 1946) and essentially created the film score genre.”

On this concert the orchestra will perform Korngold’s Violin Concerto, which he wrote using themes from the movies he scored. “In that concerto you can hear the past but you can also hear the future. You can hear music that was looking toward all of the space music we hear. John Williams was absolutely inspired by Korngold.”

Continuing to tread in the realm of true classics, French composer Paul Dukas’ familiar symphonic poem The Sorcerer’s Apprentice, will be performed.

“Dukas’ The Sorcerer’s Apprentice was actually written the year Korngold was born, in 1897. The piece was famously used in the Disney film Fantasia. When Mickey Mouse is playing the apprentice in the movie, it depicts exactly the poem that Johann Wolfgang von Goethe wrote in 1797. The story follows an apprentice who finds his master away and has to do chores. He doesn’t want to work, he doesn’t want to put in the time and the effort and he wants to take the easy way out. He uses spells to make the brooms clean and it gets out-of-control. That is, of course, the music that everybody will recognize.”

Looking towards the more contemporary side of film music, we will perform The Wizard of Oz, John Powell’s How to Train Your Dragon and another marvelous feature in John Williams’ Harry Potter and the Sorcerer’s Stone.

“Any John Williams film after the 70’s was the most iconic thing that was ever done. With Harry Potter, the challenge for Williams was that, as opposed to Indiana Jones or Star Wars where his music helped to create the franchise, he had to create music for a franchise that was already in the works and had already been created. I think he went above and beyond.”

Breaching new territory this year is music from the small screen – from your television set to your smartphone – in the form of a video game score. This isn’t any repetitive chiptune meandering, but a serious art form. Devin describes its ascent:

“Shaking up the concert, we have included some video game music. Austin Wintory, a very good friend of mine who grew up in Denver, has probably single-handedly put video game music on par with film music. We’re entering into the third installment of The Banner Saga, which Austin has been involved with for almost ten years now. And arranger Brian LaGuardia, who’s a member of the AP family, works with Austin’s team as well and has arranged a nice suite from The Banner Saga.”

Wintory achieved a new level of recognition for the video game music genre in 2012 when the adventure game Journey received a “Best Score Soundtrack for Visual Media” nomination at the 55th Annual Grammy Awards. The acclaimed tactical role-playing video game The Banner Saga has released three versions of the game up to 2018, completing the fantasy’s trilogy.

“The program follows this epic nature of fantasy. It’s attracting a new audience and it’s recognizing video game music as a legitimate art form. Austin says that he believes today is the best time in the history of mankind to be a composer because of the tools at your disposal and because of the lack of necessary ‘official’ training needed to become a composer. Also, the means of distribution are readily available for anybody, and that’s how Austin has done it. He was never signed by a big music firm or publisher – he’s basically self-produced and self-made. He performs all over the world and comes back to conduct the Colorado Symphony a few times a year. He has revolutionized this art form.”

Join us on February 16th as we herald the past, the present and the future of this incredible music!