The Arapahoe Philharmonic is pleased to announce the winner of the 2018–2019 Vincent C. LaGuardia, Jr. Composition Competition, Jack Frerer.

Jack Frerer (b. 1995) is an Australian-American composer of music for concert, film and dance, as well as a producer and filmmaker based in Manhattan, currently pursuing a B.M. in Composition at The Juilliard School where he studies with John Corigliano. His work has been performed by a variety of ensembles around Australia, Europe, and the US, and has won awards including a Charles Ives Scholarship from the American Academy of Arts and Letters, and competitions including Illinois State University’s Red Note Composition Competition, the Lake George Music Festival Composition Competition, the Alba Rosa Viëtor Composition Competition in Utrecht, the Brian Israel Prize, and both the Juilliard Orchestra and Gena Raps Chamber Music competitions.

As a filmmaker, Jack has created films for institutions including The Juilliard School and Quest Magazine, dancers Marcelo Gomes and Julie Kent, as well as music videos for bands and ensembles. He is a co-creator and producer of The Roof, a collaborative film and performance series he created with dancer Liana Kleinman which features New York–based choreographers and composers.

Mr. Frerer will serve as Composer-in-Residence with the Arapahoe Philharmonic for two seasons, 2018–2019 and 2019–2020. The orchestra will premiere his On-Again, Off-Again, which won the composition competition, and will commission a new work to be premiered during the 2019–2020 season.

This competition is now closed until spring/summer 2020.

The Arapahoe Philharmonic of Littleton, Colorado (a Denver suburb), in support of its ongoing mission to recognize young talent in the classical music field, announces the opening of its Vincent C. LaGuardia, Jr. Composition Competition for 2018–2019.

This competition is for student composers under the age of 35 and enrolled in a US-based educational institution, and who are not yet regularly employed in the composition field (see definition below). The winner will be named Composer-in-Residence with the Arapahoe Philharmonic for two seasons (2018–2019 and 2019–2020). The orchestra will perform the competition-winning composition during the May 11, 2019 concert (date to be confirmed) and will commission a new orchestral work to be performed on a Masterworks concert during the 2019–2020 concert season.

To qualify, the composition must be no longer than 10 minutes in duration and must be written for an orchestra not to exceed: 3-3-3-3 / 4-3-3-1 / strings, percussion (timpani + 3; standard orchestral equipment only), one piano, one harp. The orchestra reserves the right to substitute/omit percussion equipment it does not own or cannot easily obtain. The composition should not feature a soloist. Short solos from within the ensemble are acceptable. If you have questions, please contact Erin Acheson, Executive Director, at erin@arapahoe-phil.org.

The 90-member Arapahoe Philharmonic has been a valuable cultural asset in the Denver metropolitan area since 1953. In addition to its regular season of six masterworks concerts, the orchestra offers many services to the community, including concerts for elementary school students, coaching students from area high schools, the T. Gordon Parks Concerto Competition and the Vincent C. LaGuardia, Jr. Conducting Competition, which alternates annually with this Composition Competition.

The inaugural Composition Competition was held during the 2014–2015 season. Edgar Girtain, from New Jersey’s Rutgers University, was named as the orchestra’s first Composer-in-Residence. Our second resident composer was Jonathan Bingham from New York University.

All applications must be submitted online. Completed submissions will be accepted beginning June 1, 2018, through 11:59 p.m. on June 30, 2018, via the Submittable.com link below. No late or mailed entries will be accepted.

The competition judges will evaluate all eligible applications without exception. Decisions of the judges are final. Applicants will be notified by email of the results no later than July 15, 2018.

Three finalists’ works will be selected to advance to the final round consisting of an open rehearsal/reading of the works on Tuesday, August 14, 2018, at 7:30 p.m. The reading will be open to the public and those in attendance will be invited to vote for their favorite composition. Audience member results will be considered alongside results from the competition judges and orchestra members. Composers of the selected works are invited, but not required, to attend this open rehearsal. The Arapahoe Philharmonic will not provide financial assistance or compensation for travel, lodging or meals to attend the August open rehearsal.

The winning candidate will be named Composer-in-Residence with the Arapahoe Philharmonic for two seasons (2018–2019 and 2019–2020). The winning composition will be performed during the May 11, 2019 concert (date to be confirmed). A cash award of $500 will be presented by check at the performance.

The Arapahoe Philharmonic will commission a new large-scale orchestral work (approximately 20 minutes in length) to be premiered during the 2019–2020 concert season. The AP will provide a $1,500 commission fee for this work.

A travel stipend of $500 will be provided to the winner each season to be present for the rehearsals and performance. At the winner’s request, a homestay can be arranged and provided. Every effort will be made to provide winner with ground transportation and some meals, but we cannot guarantee they can be provided.

The Arapahoe Philharmonic sincerely thanks the Collage Giving Fund for sponsoring the Composition Competition.

Past Winners of the Vincent C. LaGuardia, Jr. Composition Competition 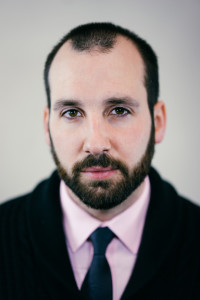 Edgar Girtain is an emerging American composer whose music is frequently performed at universities and concert halls around the world. Hailed by The New York Times as “immediately captivating,” his work has earned praise for its lyricism, versatility of style, and command of color. He has been commissioned by the New Brunswick Chamber Orchestra, Arapahoe Philharmonic, Sinfonietta NOVA, Voorhees Chapel Choir, and John Rojak of the American Brass Quintet. He holds a B.M. in Music Education and an M.A. in Composition from Rutgers University. Learn more at www.edgarfgirtainiv.com.

The End Of Humanism

Symphony No. 2: An American Pastoral 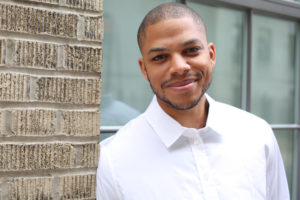 Composer Jonathan Bingham is a native of Southampton, New Jersey. He began his composition studies in 2009 under Anthony Randolph at Howard University. Additionally, he studied at the Siena Summer Music Festival in Siena, Italy, where several of his chamber works received their premieres, and at the Chamber Music Institute at the University of Nebraska-Lincoln.

In 2014, he relocated to New York City and began his graduate studies at New York University’s Steinhardt School under the tutelage of Justin Dello Joio. While there, he composed several works including his String Quartet No. 1 for the JACK Quartet, his (Untitled) for the NYU Contemporary Ensemble and his Episode for Orchestra, which went on to win the Vincent C. LaGuardia, Jr. Composition Competition.

In addition to his contributions to the concert hall, Mr. Bingham composed the score to the film Happenstance by director Jeanette Sears, provided string music for the hip hop song American Dream by recording artist Scuzz Ortegé and orchestrated for rapper Thee Phantom’s The Entertainer, which received a Carnegie Hall debut. He currently resides and continues to compose in New York. Learn more at www.jonathan-bingham.com/.