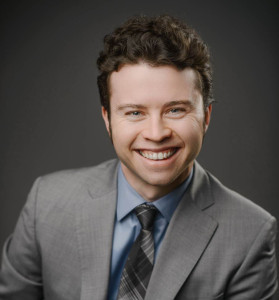 Devin Patrick Hughes is highly regarded for his exhilarating score interpretations, advocacy for music accessibility, innate passion, and spiritual curiosity. He is concurrently serving as Music Director and Conductor of the Arapahoe Philharmonic and the Boulder Symphony, and has established himself as a musical leader in the region through previous positions with the Santa Fe Youth Symphony Association, Denver Young Artists Orchestra, Denver Philharmonic Orchestra, and Denver Contemporary Chamber Players.

Devin was recently selected from among hundreds of conductors around the world to compete in the 2017 Solti International Conducting Competition in Budapest and Pécs, Hungary. In 2010, he was the only American selected with eleven other conductors worldwide to compete in the Toscanini International Conducting Competition in Parma, Italy (Verdi country). He was a conducting fellow at the American Academy of Conducting at Aspen and has conducted orchestras across North America and Europe including the Winnipeg Symphony, Colorado Symphony, Rochester Philharmonic, Green Bay Symphony and Filarmonica Arturo Toscanini.

A zealous performer and promoter of the music of our time, Devin has fostered multiple composer residency programs, and constructed innovative avenues to bring new compositions to the forefront of the classical music scene. Under his baton, the Arapahoe Philharmonic and Boulder Symphony have reached new artistic heights and become hubs for community outreach and education initiatives, major collaborations, operatic performances, and premieres of exciting new music. Dedicated to highlighting local composers and exploring the interplay of music, theatre, art, and dance, Devin also commissioned and performed multiple musical responses to exhibitions in the Museum of Contemporary Art during Denver Arts Week.